(POWELL, Ohio)—Aug. 2, 2019—City Manager Steve Lutz plans to retire from the City of Powell after serving as its manager since 1996. 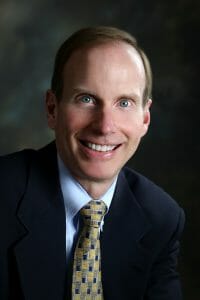 Lutz said he has committed to Powell City Council to stay until a new City Manager is hired which will most likely take several months.

“I am grateful for all of the wonderful work opportunities I have been part of over the past 23 years,” said Lutz. “I’ve had the distinct pleasure to work with dedicated elected and appointed officials and professional staff throughout my entire Powell career. It will be those relationships and my interactions with the community that I will miss most. After having worked continuously in the city management profession for the past 35 years, I look forward to being able to spend more time on other endeavors and interests.”

Prior to arriving in Powell, Lutz worked in Illinois for the City of Lake Forest and the City of Park Ridge.

“Steve has served Powell with outstanding professionalism and unwavering dedication,” said Mayor Jon C. Bennehoof. “He is a tremendous ambassador and has helped shape Powell into the premier community which we all love to call home. He will be greatly missed.”

“It has been a pleasure to work with Steve during my 14 years on Council,” said Vice Mayor Tom Counts. “Steve led Powell’s transition from a Village to a City and his conservative fiscal leadership and collaborative management style played no small role in Powell being one of the best cities to live in Ohio and the nation.”